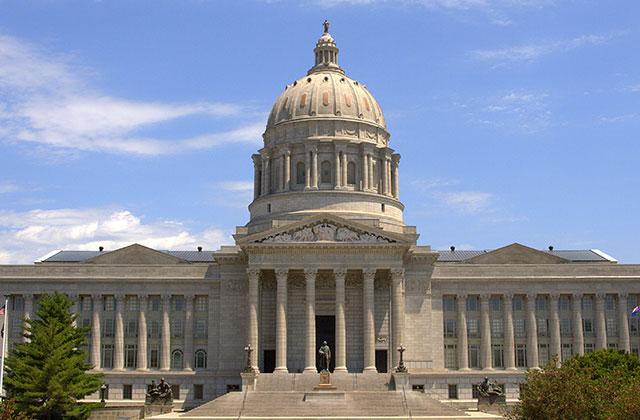 Proposed Legislation Could Have Negative Impact on PSRS/PEERS Investments

On Thursday, April 17, Senate Bill (SB) 672 was amended in the Missouri House General Laws Committee to include several provisions, which could negatively impact the Public School and Education Employee Retirement Systems of Missouri (PSRS/PEERS). Section 105.690 of Missouri law currently requires all public pension plans (including PSRS/PEERS) to give preference to a Missouri-based company when they hire or invest funds in a venture capital firm, a consultant or a fiduciary. The current process allows the Board to have the flexibility to invest in the best investment programs without being limited.

On April 18, 2014, State Treasurer Clint Zweifel, who serves on the Missouri State Employees Retirement Systems (MOSERS) Board of Trustees, sent a letter to the General Assembly urging them to not support this public pension investment mandate and to keep politics out of public pension plan investing.

Based on PSRS/PEERS research, this provision will result in investment returns significantly less than a diversified, national investment strategy. The fiscal impact to PSRS/PEERS is estimated at $73 million to $182 million per year in reduced investment revenue. It is also important to note that the investment fees associated with these types of investments could result in an additional $14 million to $35 million in fees per year. As such, the total estimated annual cost to PSRS/PEERS, should this provision be adopted, could be between $87 million to $217 million per year. This cost would ultimately result in an increase in the contribution rates of our members and employers.

The provision that was added to Missouri statute 105.690 in SB 672 is a mandate on the Systems that would diminish and impair the Board's full authority in directing the Systems' investment program. The PSRS/PEERS Board of Trustees has set policies for the investment program that are specifically tailored (in terms of risk, expected return and preserving the ability to pay future benefits) to the specific needs of PSRS/PEERS.

This mandate is contrary to prudent investment policy and the Board's fiduciary responsibility as well as the Board's Protection of the Missouri's Educators Retirement Fund Resolution. The Board is opposed to any bill that would limit, diminish or impair its authority to direct the Systems' investment program and is opposed to any mandate that would restrict its ability as fiduciaries of the Systems.

To find out who is your legislator, go to: http://www.senate.mo.gov/LegisLookup/default.aspx/leg_lookup.aspx.

Sign up to receive email updates on this issue and other retirement legislation.