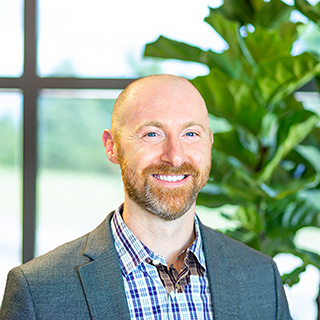 Jason Steliga joined the Board of Trustees effective October 21, 2015, as an active member of PSRS and was elected to serve his first complete term starting July 1, 2018.

Jason is currently serving as the assistant Scholar Bowl coach.  Prior to his relocation, he served as National Honor Society adviser, Scholar Bowl head coach, science department chair and was previously head coach of the Center cross-country team.

Jason's achievements as an educator included serving as the Center School District's professional development committee chair from 2015-2018, being named the 2014 Center High School teacher of the year, and a 2012-2013 semi-finalist for the U.S. Department of Education's Washington Teaching Ambassador Program.

Jason has been elected to leadership positions in his local and state teachers' association and is currently serving as a building representative of the Park Hill National Education Association. He won a statewide election to serve as a delegate to the NEA Convention and has served on the Missouri National Education Association (MNEA) Legislative Committee as co-chair in addition to having served on the MNEA Board of Directors. In the summer, Jason serves as the vice-chair of the NEA elections committee.

Jason holds a Bachelor of Science degree in Biology with a minor in Chemistry from Indiana University, and a Master of Arts in Education with a concentration in Teaching and Learning from Avila University.